In 1948 Tom founded the Mercurius investigations, which is the year after re-named Tom Ponzi investigations. He had a quick success in the international field: he worked, among others, for Nelson Rockefeller, lambs, Enzo Ferrari, the Aga Khan. The well-known investigator accompanied the post-war Italian life, telling or investigating – especially in the sixties and early seventies- the changes in the private sphere, in the lives of families and in society more generally in the country that would quickly become one of the major industrial powers. Tom Ponzi was in many ways the first in Italy to make investigations a high level profession, passing over the years from matrimonial investigation to more complex like industrial,patrimonial and financial inquiry. Tom Ponzi, as stated in an interview with John Kenneth Galbraith, was initially launched to the investigative carrer by famous photographer Elio Luxardo that lent him a camera. He became an official of the prefecture in the period of the Italian Social Republic from which was later purged staying out of work. 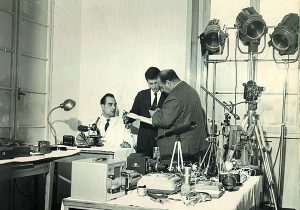 The first major assignment was given by Vittorio Valletta, the then ceo of FIAT, who entrusted him with the task of debt collection and credit control clients who bought the first cars.

The private investigation has been alwasys a very important area and, among customers of Tom Ponzi, we can include the Aga Khan III, the grandfather of the current Aga Khan IV, who strongly had doubt about the fidelity of his fourth wife. After twenty-three days of surveillance at the hotel Negresco in Nice, the detailed report of the private investigator concludes that Begum Om Habibeh Aga Khan, Miss France in 1930, was an absolutely faithful wife.

The fact of having worked for one of the world’s richest men greatly increased the popularity of the investigation agency in the field of the international jet set. 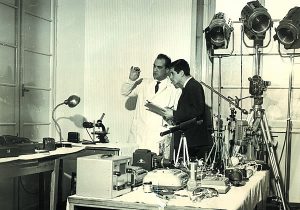 In 1949, he was given the first important case from a large company and the press became truly interested in him. When The Stars had noticed that his bouillon cubes were counterfeit, they hired Ponzi that began to stalk personally the van that delivered to the stores the fake cubes exposed in a short time the scammers.

His reputation is further consolidated in all areas, not just in investigative ones, with another investigation conducted to perfection always in counterfeiting, in this case of medicines Squibb by a gang that operated both in Italy and abroad. Later he investigated, successfully, a case of counterfeit Chanel N°5 perfume.

our agencies are recognizable by registered mark.


We use cookies to elevate your user experience and enhance the quality of our site. OkFurther info